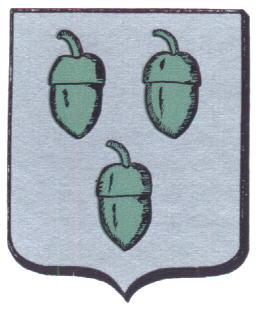 The arms show three acorns of unknown origin. The local council applied for these arms in the early 19th century, but gave no explanation. All different known Lords of Zwevezele used completely different arms. As no historical seals of Zwevezele are known, there is no information whether the arms with the acorns have been used prior to the 19th century.