From Heraldry of the World
Your site history : Århus Amt
Jump to navigation Jump to search 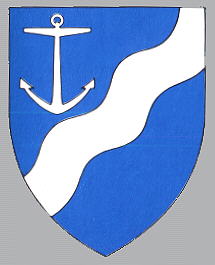 The arms were officially registered in 1970.

The silver bend refers to the Gudenå, Denmark's longerst river, that flows through the area. The anchor is a symbol for St. Clement, the patron saint of the diocese of Århus. The anchor was also part of the seal of Ning Herred, one of the herreds that became part of the Amt. 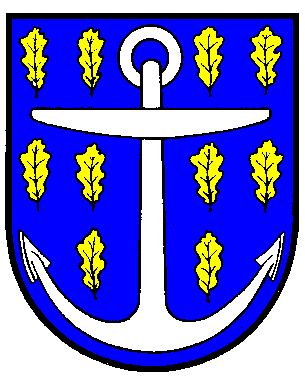 These arms also showed the anchor of St. Clement, the blue colour and the oak leaves symbolise the forests, lakes and coast of the Amt.