From Heraldry of the World
Your site history : Åstorp
Jump to navigation Jump to search 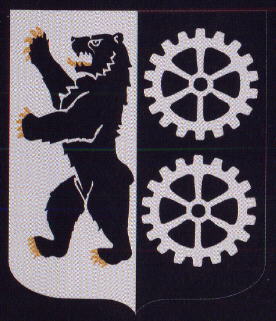 The arms was officially granted in 1957. The Bear alludes to Parish of Björnekulla, in which Åstorp was located, before becomming a Borough in the 1940ies.
Björnekulla has also become a name in Swedish Food Industry, as a Company making for instance Jam. The Cog Wheel symbolise other Industry.