From Heraldry of the World
Your site history : Örkelljunga
Jump to navigation Jump to search 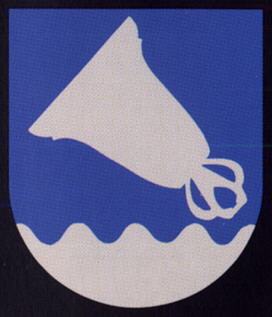 The arms were designed in 1973 after the merger with Fagerhult. Both former municipalities had no older arms. The arms show a church bell, which is based on a local legend. The local bell once was sunk in the lake, but could still be heard from beneath the water.