From Heraldry of the World
Your site history : Abaúj-Torna Province
Jump to navigation Jump to search 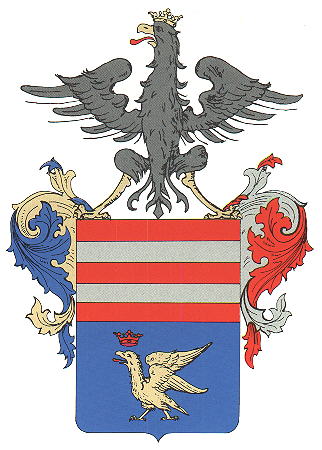 The arms of Abauj-Torna province were granted by King Francis-Joseph in 1882. The arms combine the arms of the two former provinces.

The province was the union of the formerly two provinces Abauj and Torna in 1881. The two provinces were united at first 1782-1790, and again from 1849-1860. Both of the two provinces were old counties from the early Middle Ages. Abauj-Torna county was divided by the Treaty of Trianon in 1920. The smaller part (46,6%) became part of the new Czechoslovakia, the bigger part (53,4%) remained in Hungary.

The arms of Abauj province are shown below. These arms were granted in 1558 and are derived from the arms of the Aba clan. 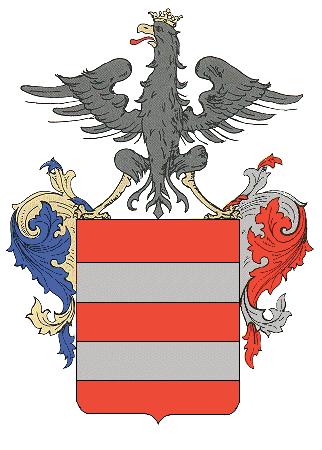 The arms of Torna province showed a silver falcon on a green shield and were first mentioned in 1619.