From Heraldry of the World
Your site history : Aleksandrów Kujawski
Jump to navigation Jump to search 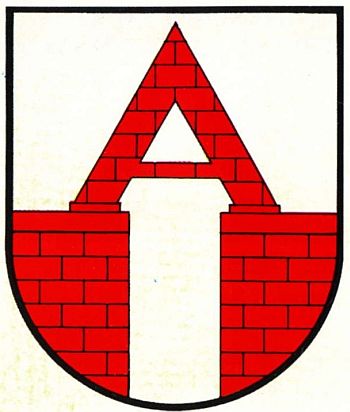 The arms were granted in 1936. The arms show a city wall with the letter A, the town's initial.

It was named after Czar Alexander the Second of Russia. The town developed from a village in the second half of the 19th century, as the last railway station before Russia's border to Germany was located there in 1865. In 1879 the Czar visited the settlement, hosting the German Emperor Wilhelm the First, but city rights were granted not earlier than 1916 by the German occupation authorities.