From Heraldry of the World
Your site history : American Tobacco Co - National Flags and Arms
Jump to navigation Jump to search 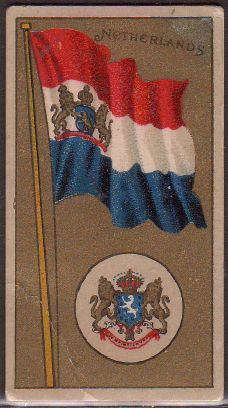 The company's share in British American Tobacco (BAT) was sold at the same time. In 1994 BAT acquired its former parent, American Tobacco Company (though reorganized after anti-trust proceedings).

The company issued hundreds of series of cigarette cards. The series National Flags and Arms is the oldest of all heraldic tobacco card series. The reverse of the cards only shows a text, no information on the arms, flags or countries. 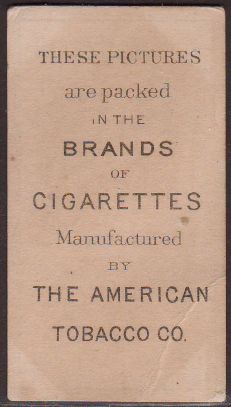