From Heraldry of the World
Your site history : Ametlla del Vallès
Jump to navigation Jump to search 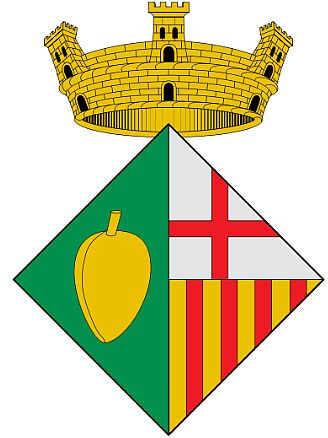 Canting arms: "ametlla" is the Catalan name for "almond". The cross of Saint George and the royal sign of the four red pales on gold are the arms of Barcelona, and they refer to the fact that the village was, in the Middle Ages, a "street" of the capital city, that's to say that the village was a direct possession of Barcelona, and its inhabitants had the same rights.