From Heraldry of the World
Your site history : Archdiocese of Bremen
Jump to navigation Jump to search

Established : The Diocese of Bremen was founded 787, in 845/847 it was made an Archdiocese and united with Hamburg 1072. As the Archbishop of Hamburg had to move his see to the more secure Bremen. The Archdiocese lasted until reformation in the 1540ies. It was then a Lutheran Prince Bishopric until 1648. 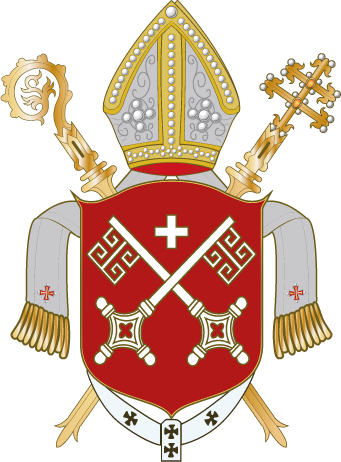 If you have any information on these arms of Bremen mail us !