From Heraldry of the World
Your site history : Archdiocese of Mechelen-Brussel
Jump to navigation Jump to search 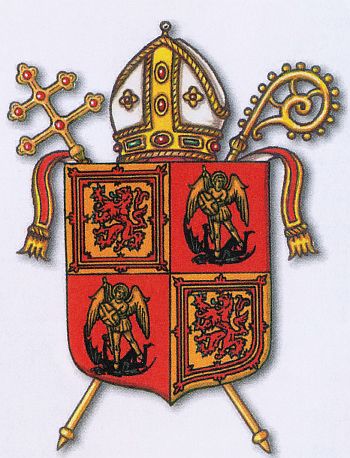 The arms were officially adopted in 1961 when the name of the Archdiocese was changed.

The arms combine the old arms with the arms of the city of Brussel.

The old arms were used since the foundation of the diocese in 1559. 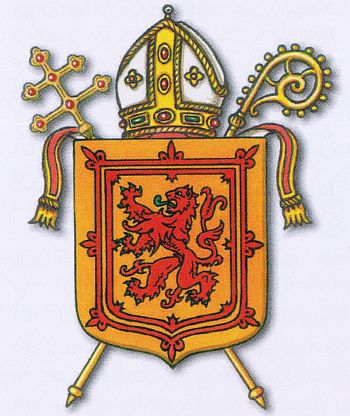 The arms are identical to the arms of Scotland. The reason for this is not quite sure, but the fact is that the arms were taken from the older Chapter (or Cathedral Chapter) of Sint-Rombouts in the city. Saint Rombouts (in Latin S. Rumoldus) is the patron saint of the city and was an Irish monk, who was killed near Mechelen in 775. In medieval times Irish monks were also called Scotii, and hence later the arms of Scotland were taken as arms for the saint.

Another story in the 17th century was that St. Rombouts was a son of a Scottish King and thus his arms were identical to the Scottish arms.