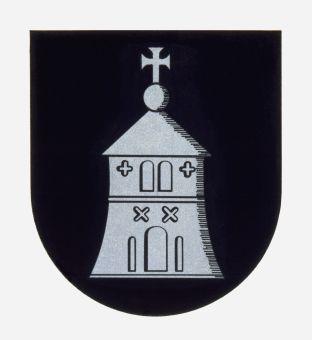 The old arms are based on the early 14th century (1335) seal and shows a lion. The origin or the meaning of the lion are not clear, but the lion also appears on later seals of the city. In a declaration by Philip the Benevolent of Burgundy in the 15th century, the arms are described as a silver lion in a black field. Based on this declaration the local council applied for these arms, which were granted in 1912, see below. 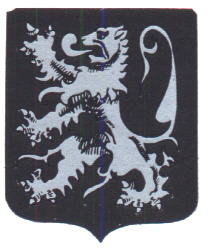 Two other publications (one citing the other, the latter dating from 1914, but citing a 16th or 17th century document) the arms of Asse are exactly the opposite, a black lion, with red tongue, on a silver field. As yet it is not clear which of the two publications mentioned the proper colours.

After the merger in 1977 the municipality opted for new arms, based on the oldest known seal of Asse, dating from 1248 and 1274. These seals show a small chapel. The colours of the old arms were kept.