From Heraldry of the World
Your site history : Avanersuaq
Jump to navigation Jump to search 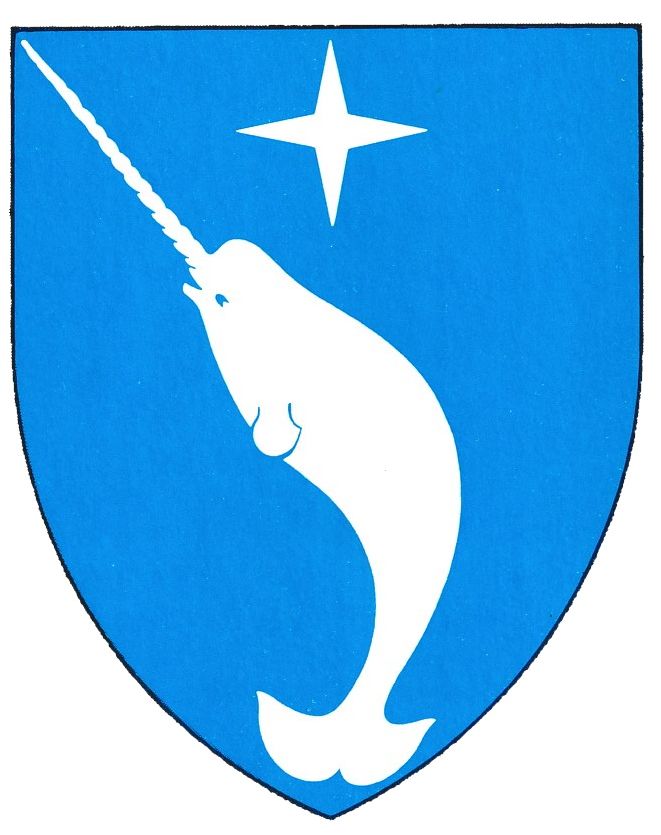 This was one of the world's largest and also most Northern municipality, but with only 250 inhabitants. The arms show a narwhale, a common whale species in the waters in the municipality. Being so far north (83° 40' north) there is 6 months of continuous daylight and 6 months of darkness. These two facts are symbolised in the Pole Star.