From Heraldry of the World
Your site history : Avannaata
Jump to navigation Jump to search

Created 2018 from parts of : Qaasuitsup, corresponding to the area of the pre 2009 municipalities of Avanersuaq, Ilulissat, Upernavik, Uummannaq 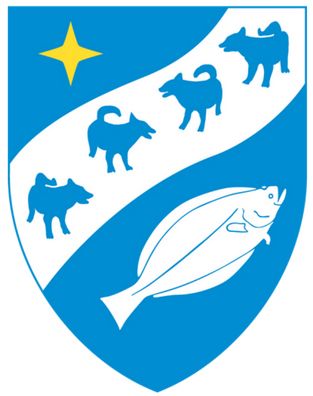 The arms show the Polar Star as a symbol for the most Northern municipality in Greenland (and probably the world). The dogs refer to the importance of dogsledding in the region. The halibut refers to fishing.