From Heraldry of the World
Your site history : Bad Suderode
Jump to navigation Jump to search 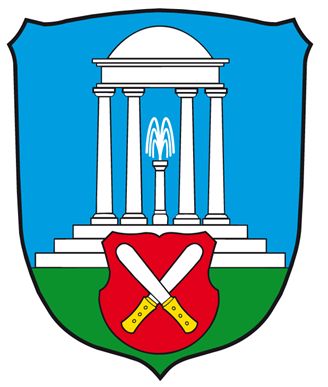 The arms show the local fountain around which the village developed as a health resort and spa. The small shield shows the arms of the Quedlinburg Convent, to which the area historically belonged.