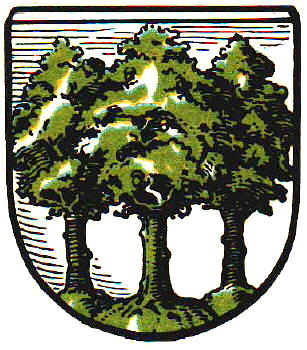 The arms are based on the seal of the town, known since around 1400. The meaning of the three oaks, however, is not known. In 1880 the city placed three shields on the trees, one of Sachsen-Lauenburg, one of Hamburg and one divided of Hamburg and Lübeck (see seal below). These three shields each represent part of the history of the town, when it was ruled by the Counts of Sachsen-Lauenburg or the cities. In the early 20th century the shields were removed again.