From Heraldry of the World
Your site history : Bieber (Biebergemünd)
Jump to navigation Jump to search 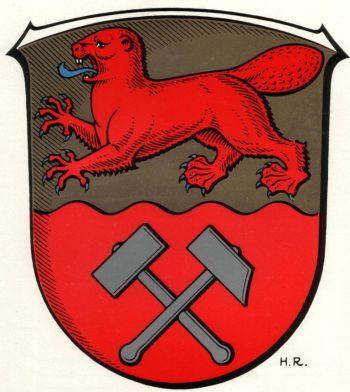 The arms show in the upper half a canting beaver and in the lower two crossed hammers. The wavy division line symbolises the Bieber river. The hammer symbolise the former iron mining in the village. The colours are those of the Hanau county, to which the village historically belonged.

In 1956 the arms below were proposed, which also show the beaver and the Bieber river. These arms were never adopted by the municipality. 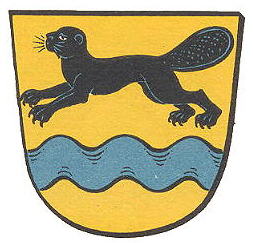 Both designs are based on the oldest known seal of the village, dating from the late 18th century, which showed the bearver and river among many other small elements.