From Heraldry of the World
Your site history : Bled
Jump to navigation Jump to search 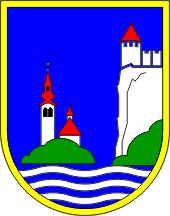 The arms show an island with a chruch and a cliff with a fortress. It symbolises Bled Island with the Church of Mary's Ascension with the Belfry of Wishes, on the sinister on a high cliff the citadel above the lake.

Previously the city used arms which showed in a very stylised way the island with church in the middle of Bled lake, see below. These arms were adopted on April 11, 1996. 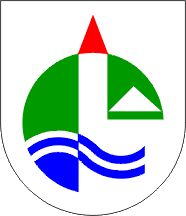