From Heraldry of the World
Your site history : Bloke
Jump to navigation Jump to search 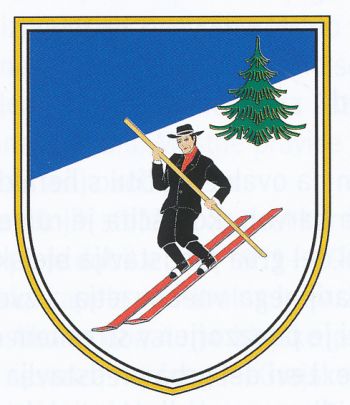 The arms show a man on skis. The skier of Stara Ves is an ancient symbol of Bloke and has been mentioned as the symbol of the village already in the 17th century.