From Heraldry of the World
Your site history : Borgerhout
Jump to navigation Jump to search 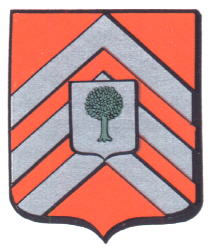 The College of Arms decided that the use of the same arms was not allowed, but when the background colour was changed from blue to red, the arms would be sufficiently different. The council agreed and the arms were granted.