From Heraldry of the World
Your site history : Bra (Lierneux)
Jump to navigation Jump to search 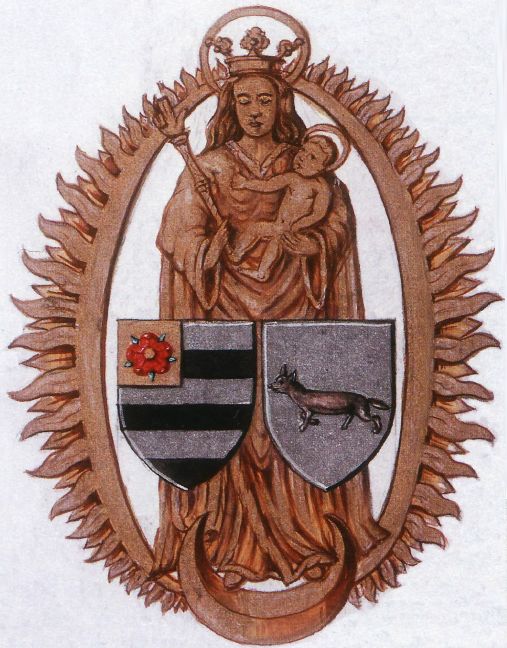 The municipality received two shields as armorial bearings, which is rather unusual for a single municipality. The left shield with the bars and the rose are the arms of the Bra family. The family may have originated in Bra, but was never in possession of the estate and the village of Bra. Until 1103 a De Braz family lived in the local castle, but did not possess the village. In 1103 the castle became a possession of the prince-abbots of the Stavelot Abbey, who already owned most of the village and the lands around it. The right shield shows the wolf of St. Remaclus, the patron saint of the Abbey (see also Stavelot), symbolising the ties between Bra and the abbey.