From Heraldry of the World
Your site history : Braine-le-Comte
Jump to navigation Jump to search 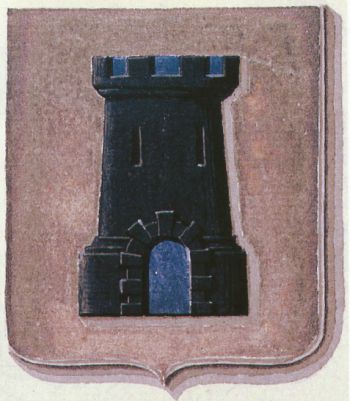 The village of Braine was bought in 1158 by Count Baudouin IV of Hainaut, who built a strong castle in the village, which was named Braine-le-Comte ever since. The castle played a major role in several wars during the centuries. It is not surprising that on the oldest known seal of the town, dating from the 15th century, a large castle was shown. The castle gradually simplified to a single tower on the later seals. The local council applied for the use of the castle on their arms in 1816 and 1820, but it lasted until 1822 until the arms were officially granted.