From Heraldry of the World
Your site history : Brzeg
Jump to navigation Jump to search 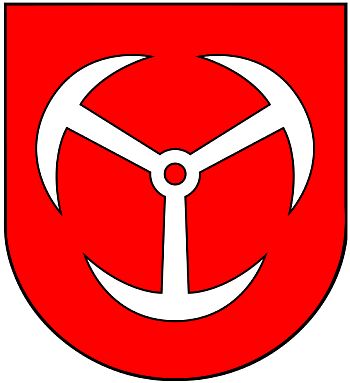 The arms of the city show three anchors combined to a kind of wheel. Originally the arms showed three wolf-hooks or wolf-clamps according to a manuscript from 1374. 14th century images of the arms also seem to indicate that this may be true. Since the early 15th century the arms are described as three anchors, whereas the present symbol appears in the 16th century. The arms have not changed since.