From Heraldry of the World
Your site history : Bukavu
Jump to navigation Jump to search 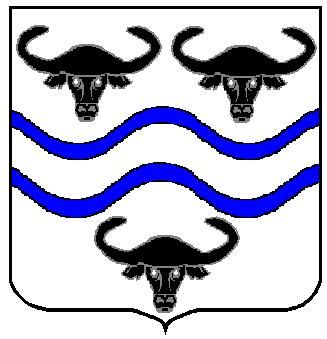 Bukavu is the administrative centre of the region of Sud-Kivu. It is built at the edge of the lake Kivu on five peninsulas forming the southwest banks and it is leaned in high massifs rising up to 2000 metres in height.

Because of the political and economic importance which it had acquired, Bukavu obtained the city status on 6/09/1958, a few months before the Independence of Congo. The city had already created her own arms (indicated by Roger Harmignies in 1956), which were never officially recognised however. These had been imagined by local Rotary Club with the co-operation of the territorial administration and used by the local societies for their badges and flags.

The wavy bar shows the situation of the city stretched on the very sinuous shores of the lake and edged inward lands by rivers Ruzizi and Kawa. The buffalo head symbolises the rich countryside.