From Heraldry of the World
Your site history : Caldes de Montbui
Jump to navigation Jump to search 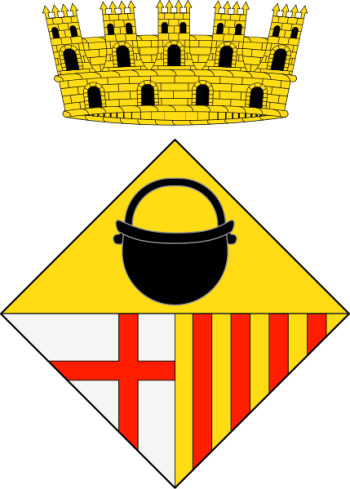 The cauldron in the upper part of the arms is a canting symbol for Caldes. There are hot springs in the area, that have given the town its name. Caldes de Montbui was called Aquae Calidae in Latin, and today there are still the Roman baths (2nd century), well preserved.
The lower half of the arms shows part of the arms of Barcelona. Caldes de Montbui was considered a "carrer de Barcelona" ("a street of Barcelona"), see Ametlla del Vallès.