From Heraldry of the World
Your site history : Callander
Jump to navigation Jump to search 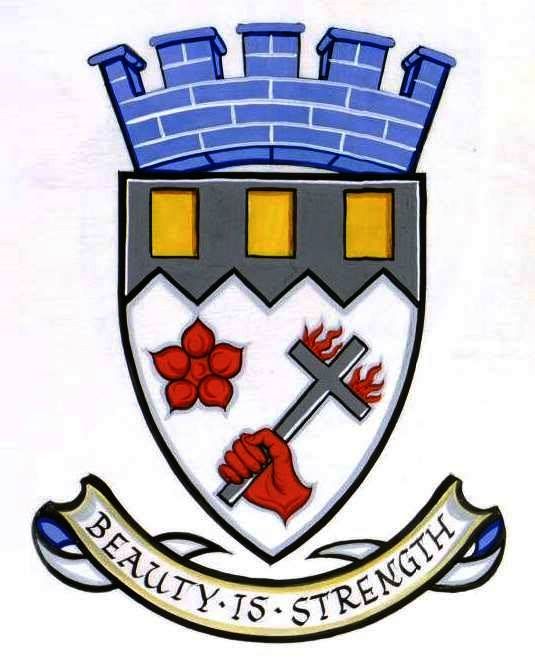 Argent, a cinquefoil Gules in dexter fess, a dexter hand in base Gules holding a fiery cross in bend sinister Sable inflamed of the Second; and on a chief indented of the Third (showing four serrations of the field) three billets Or.

Below the Shield which is ensigned of a coronet suitable to a Police Burgh (videlicet: Azure masoned Argent) is placed in an Escrol this Motto "Beauty is Strength".

The arms show in the chief, gold billets on a black field from the arms of the family of Callendar of that Ilk whose lands passed into the Livingstone family.

The indented under-edge of the chief alludes to Ben Ledi and the other mountain peaks (often snow-capped) in the vicinity of the town. The red cinquefoil on the silver field comes from the Livingstone arms, and the fiery cross, which comes from the Burgh seal, recalls that Callander is set in the heart of the scenes which Sir Waiter Scott made famous in his poem "The Lady of the Lake".

The motto was a local choice and was selected in preference to the Scott quotation "Ben Ledi saw the Cross of Fire" which was on the Burgh seal.