From Heraldry of the World
Your site history : Cankova
Jump to navigation Jump to search 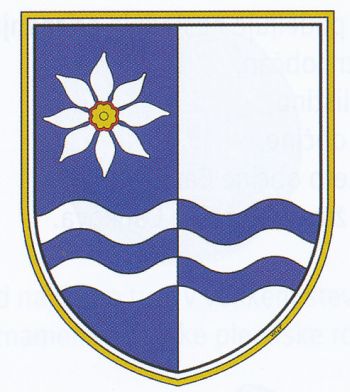 The two wavy bars symbolise the Kučnica river, formerly the border between Austria and Hungary for thousands of years, and the Lendava river, which is now dammed for a hydro-electric power plant. The Kučnica valley was site of numerous daffodil blossoms, nowadays quite rare due to irrigation, which is symbolised by the daffodil flower.