From Heraldry of the World
Your site history : Celje
Jump to navigation Jump to search 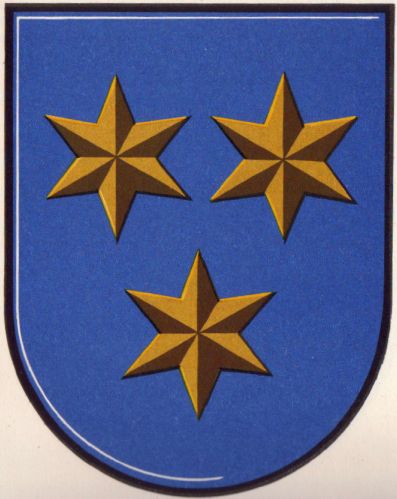 Celje was already a city in Roman times, but ruined in the 5th century. In the 12th century the Counts von Neunburg became into possession of the town and they owned it until 1322. They were succeeded by the Lords of Sannegg, who, in 1341, received the title Graf von Cilli (Count of Celje).

The arms of the Counts von Neunburg were three golden eight-pointed stars on a blue shield. These arms were also taken by their successors and the later Counts of Celje. In the 15th century the city adopted the arms as city arms. When the stars changed from eight-pointed to six-pointed is not known.

On the seal below the arms are shown with St. Lawrence as supporter. Other seals show the saint as well as three lions around the shield.