From Heraldry of the World
Your site history : Chièvres
Jump to navigation Jump to search 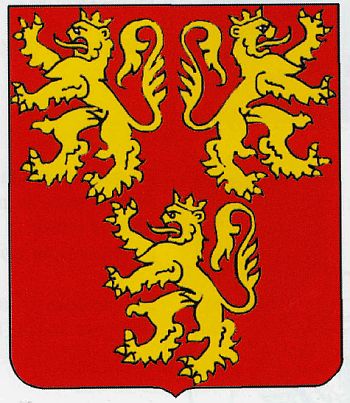 The arms were granted to the city in 1453. The three lions are the arms of the Gavere family, who ruled the town until the late 15th century. In the original seal one of the lions is reversed, which was not taken into consideration in 1837. This was thus corrected in 1980.