From Heraldry of the World
Your site history : Chimay
Jump to navigation Jump to search 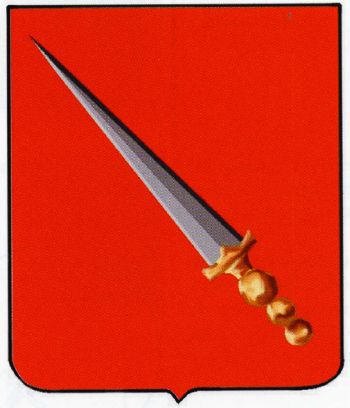 The arms show a sword, which is derived from a local legend. In 57 BC the local inhabitants, the Pleumosiens, acquired in a battle against the Roman army, the sword of Julius Cesar, and ever since the sword supposedly was the symbol of Chimay. Most likely the arms were created in the late middle ages based on this legend. The sword appeared for the first time on a seal dating from 1552. Previous seals showed the arms of the Croy family, Lords of Chimay.