From Heraldry of the World
Your site history : Church of England Building Society
Jump to navigation Jump to search 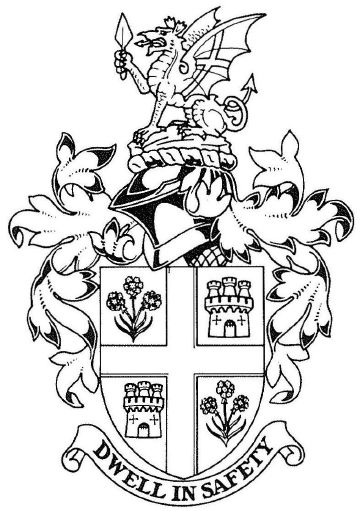 Arms: Argent, a cross gules, between in the first and fourth quarters a sprig of three thrift flowers slipped and leaved proper and in the second and third a tower triple towered, the portcullis raised also proper.
Crest: Upon a rock proper a dragon sejant wings elevated and addorsed argent, the underside of the wing charged with a cross gules, and holding in the dexter fore claw a builder's trowel erect also proper.
Motto: Dwell in safety

The thrift flowers and the castle ('the Englishman's home is his castle') are common in building society's arms. The cross symbolises the City of London, where this Society had its head office, and also stands for St. George, England's patron saint. Such a religious and national symbol would seem appropriate for a society of this name, although, the Society had no particular connection with the Anglican church.

The dragon in the crest is similar to those supporting the shield of the City of London.