From Heraldry of the World
Your site history : Czernina
Jump to navigation Jump to search 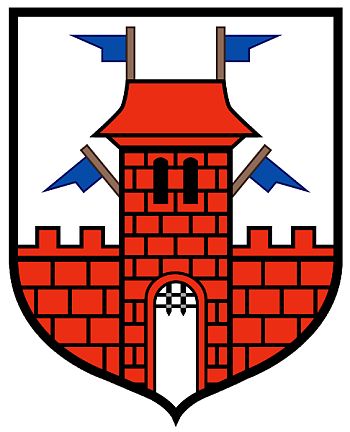 The arms of the former city are based on the oldest seals, which all show a tower or gate with flags. A 15th or 16th century seals shows deer antlers on the flags, which are derived from the arms of the Lords of Dohna, who ruled the town from 1492-1538. Later images show plain flags, or flags with silver circles, as shown below in the images.