From Heraldry of the World
Your site history : Dendermonde
Jump to navigation Jump to search 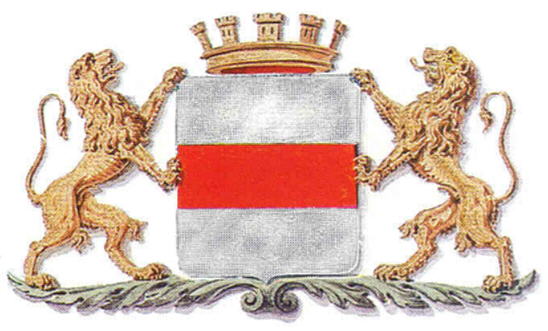 The oldest known use of the arms dates from 1229. The arms also appear on the small seals of the city in the 13th century. The great seal showed a city behind a wall. Most other seals showed the arms either as the only item, sometimes as a small shield on the towers. The arms appear on the great seals since 1412. The arms have thus not changed since the 14th century.

The arms were first granted by the Dutch College of Arms in 1818 and confirmed by King Leopold I after the Belgium independence in 1838. In 1974 and 1989 the arms were again confirmed, due to the municipal changes in 1970 and 1977.