From Heraldry of the World
Your site history : Elten
Jump to navigation Jump to search 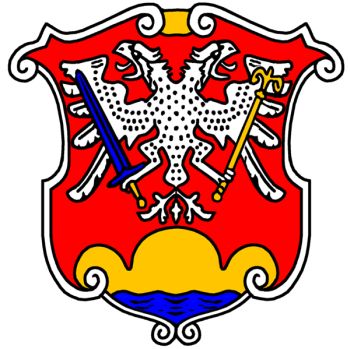 The arms show an imperial eagle, for the free Abbey of Elten (which was only subject to the Emperor), which existed in the town since the 9th century. The sceptre and sword indicate that the Abbey has its own court for low and higher justice. The red field with silver bordure are derived from the red bend which was worn by the nuns in the Abbey. The blue base of the shield symbolises the Wild river, formerly part of the Rhine river. The small mountain symbolises the Eltenberg.