From Heraldry of the World
Your site history : Eupen
Jump to navigation Jump to search 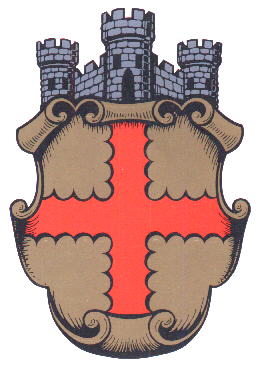 The arms were first granted on December 21, 1864, by King Wilhelm of Preussen with the Prussian eagle above the crown (see below). The present arms were granted on March 10, 1983. Even though the arms were not officially abolished, the eagle was removed in 1920 when the area became part of Belgium. 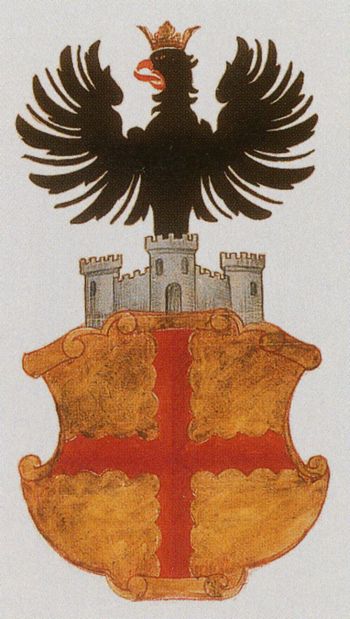 The cross is probbaly derived from the old seal of Johann von Eupen from 1374, which whowed a similar cross. The Von Eupen family owned the town until the 16th century.