From Heraldry of the World
Your site history : Gornji Grad
Jump to navigation Jump to search 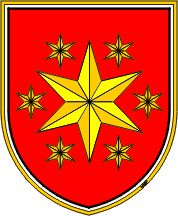 The star is taken from the previous arms and is derived from the arms of the Counts of Celje who bought the local castle in 1349 and granted town rights at the same time. The small stars were added and the colours were changed, to avoid confusion with the arms of neighbouring Ljubno.

The previous arms show the two stars next to a golden point and a green mountain. 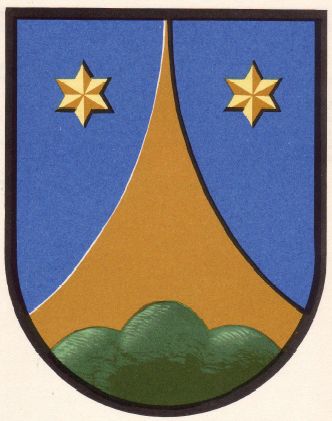