From Heraldry of the World
Your site history : Grodków
Jump to navigation Jump to search 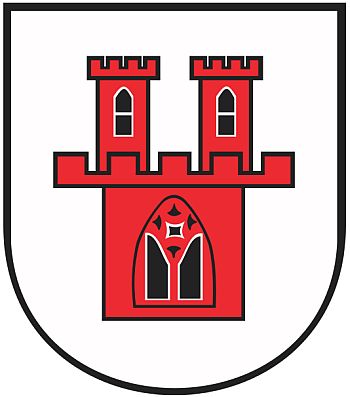 The arms were officially adopted on February 26, 2003.

The arms of the city are based on the medieval seals of the city, which already showed the castle or gate. All later seals and images have shown the same composition, but the size and shape of the castle has varied widely, as can be seen from the image below.