From Heraldry of the World
Your site history : Haacht
Jump to navigation Jump to search 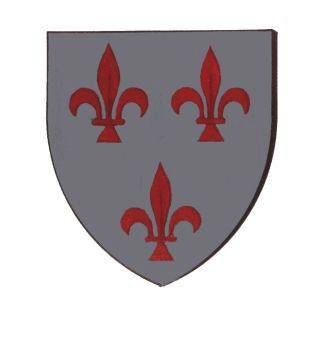 The arms are identical to the old arms, but now in the historical colours. Also the fleur-de-lis now are cut off from the base, also according to the historical arms. 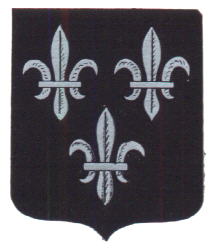 The arms are based on the arms of the Rotselaar family, Lords of Haacht since the 13th century. The seals of the local council from the 14th-16th century all show a shield with three fleur-de-lis, the arms of the family. The arms were granted in 1845 in the wrong colours, silver on black, the reason for this is not known. Most likely the council misinterpreted the colours from an old document.