From Heraldry of the World
Your site history : Haberdashers' Aske's Boys' School
Jump to navigation Jump to search 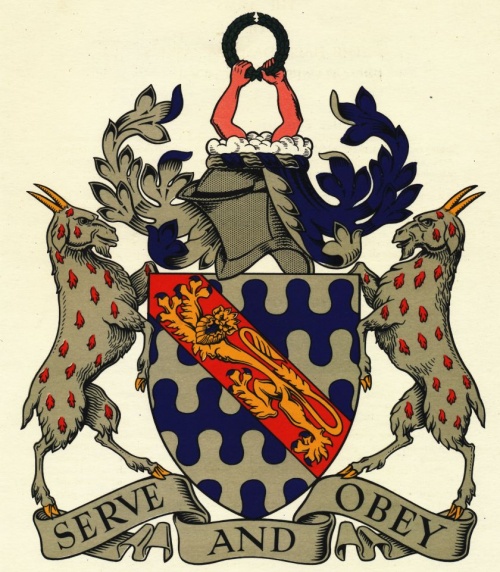 The school has no official arms, but displays the arms of the London Livery Company of Haberdashers, which founded the school in 1690.