From Heraldry of the World
Your site history : Hettingen
Jump to navigation Jump to search 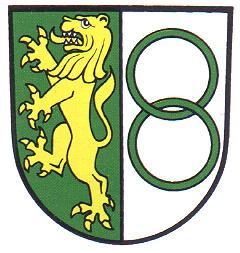 The present (above) arms were officially granted on October 6, 1977 after the merger with Inneringen.

The first coloured image is known since 1535, but the colours have been changed several times since. The present colours have been used since the middle of the 19th century and have been officially described in 1952 when the arms below were granted. 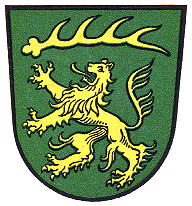 The new arms combine the lion from the old arms with the rings from Inneringen.