From Heraldry of the World
Your site history : Huittinen
Jump to navigation Jump to search 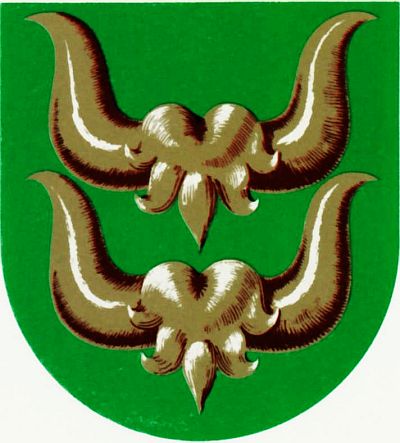 The arms with the two ox skulls are based on a local legend. When the church was finished, the devil, as always, tried to destroy it, and hurled a large stone at the church, but the stone hit instead a man with two draft oxen plowing his field on Sunday, the man thus was punished for his violation of the Sabbath.