From Heraldry of the World
Your site history : Ilulissat
Jump to navigation Jump to search 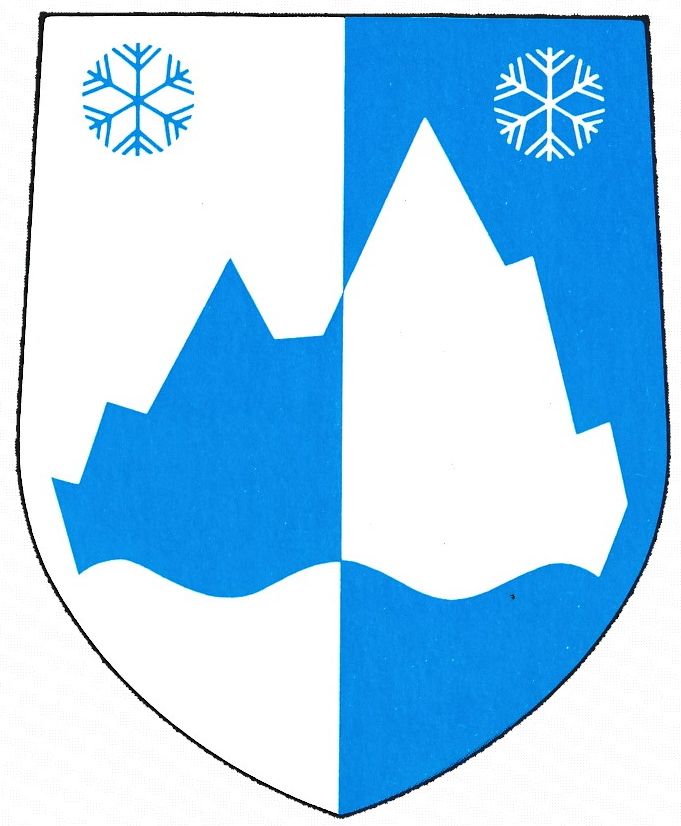 The arms are canting, the name of the town means the icebergs. The town lies close to the most productive Greenlandic glacier, producing in the summer 15.000.000 cubic metres of ice per day (!). The town is thus famous for the gigantic icebergs floating in the fjord.

The town asked a Danish artist to make arms for the municipality with icebergs and snow crystals. He came up with around 30 different designs, of which the above arms were chosen. Some of the other designs are shown below.