From Heraldry of the World
Your site history : Indals-Liden
Jump to navigation Jump to search 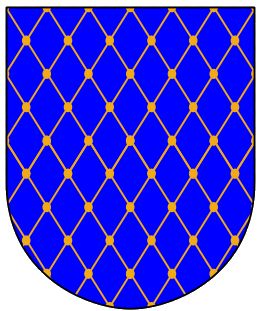 The arms were officially granted on December 8, 1961.

The arms show a fishing net, which symbolises the importance of fisging for the two villages. The net was already part of the seal of Indal from the 17th century and of the seal of Liden from the 18th century.