From Heraldry of the World
Your site history : Itterbeek
Jump to navigation Jump to search 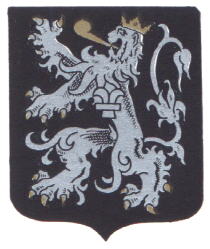 The oldest seal of the village with the arms already dates from 1380. The arms from 1902 were based on this seal. The lion is the lion of the Duchy of Brabant, as a branch of the ducal family ruled the village from 1236-1335. To differentiate between the branches, the lion for this branch of the family was made silver instead of gold. The small rook on the lion is taken from the arms of the Lords of Abcoude (now in Holland), who ruled the village from 1335-1450.