From Heraldry of the World
Your site history : Ivittuut
Jump to navigation Jump to search 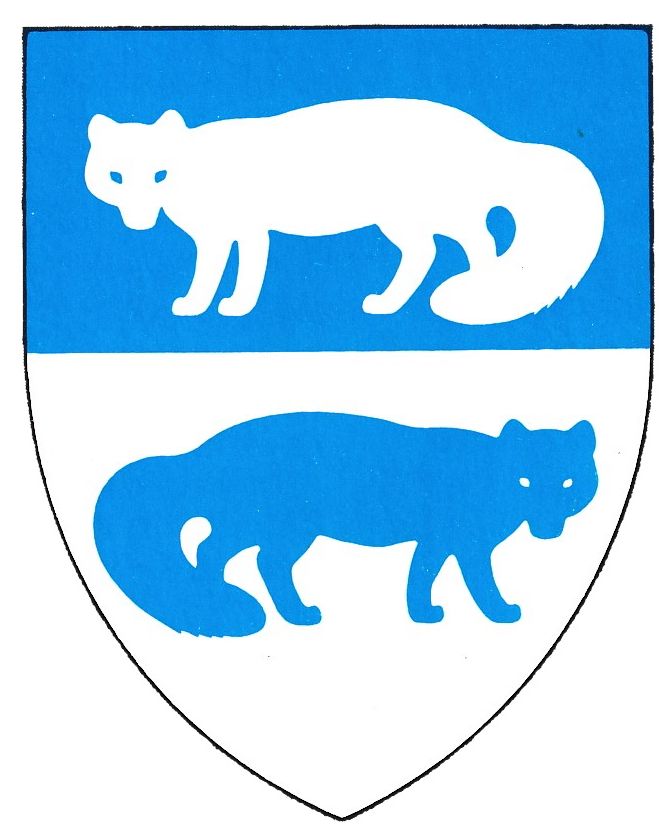 The arms show the two main forms of the arctic fox, which are abundant in the municipality, the eternal white and eternal grey (or blue) foxes. At the same time the arms symbolise the two main settlements in the municipality at the time, Ivittuut and Grønnedal. The former was a village around a large cryolite (aluminium ore) mine and is now deserted (since 1981). The only year-round inhabitants now live in the Danish naval station in Grønnedal. This being around 4 persons, Ivittuut was probably the least populated community in the world bearing arms.