From Heraldry of the World
Your site history : Kehl (kreis)
Jump to navigation Jump to search 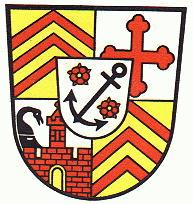 The Kehl district was founded in 1936. It comprised of 30 municipalities from the former Berzirksamt Kork and the Bezirksamt Rheinbischofsheim, which were united in 1881 with Kehl as the capital city. The majority of the villages and municipalities in the district belonged historically to the County of Hanau-Lichtenberg, four belonged to the Ortenau District (Vogtei), three belonged to the diocese of Strasbourg, one to the estate of Lahr and the city Kehl itself to Baden.

The great arms of the district also showed a mural crown and two black lion supporters, taken from the arms of the Counts of Lichtenberg, see below. 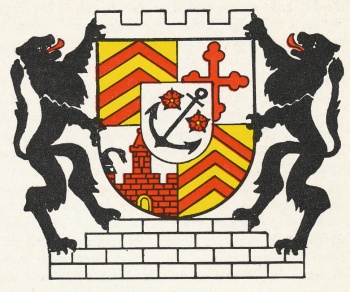