From Heraldry of the World
Your site history : Kinshasa
Jump to navigation Jump to search 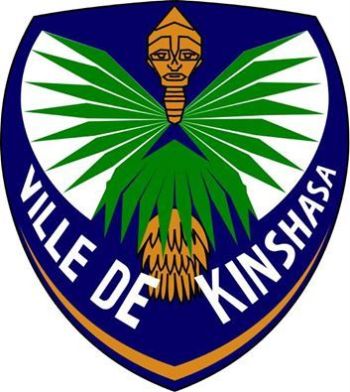 Kinshasa is the capital of Congo. The city is today the biggest urban metropolis of Black Africa. It is the main administrative, cultural and economic centre of the country.

Kinshasa was founded in April, 1882 by the English - American explorer, sir Henry Morton Stanley, which gave the name "Leopoldville " to this station settled on the left bank of Malebo Pool (former Stanley Pool), from the name of Leopold II, king of Belgians, for whom he acted. This station was the base of the investigation and the colonization of the Congolese territories.

In 1920, Leopoldville replaced Boma to the rank of capital of Belgian Congo and obtained full city status on August 10, 1923.

The first arms were granted on March 15, 1925. They were the first one granted by the Belgian colonial administration to a Congolese city. The arms show the Congo river and the capital L, the (old) town's initial.

These arms were used until June 30, 1960, the date of the Independence of the country and a bit afterwards. When the new arms were adopted, I do not know.