From Heraldry of the World
Your site history : Kivu province
Jump to navigation Jump to search 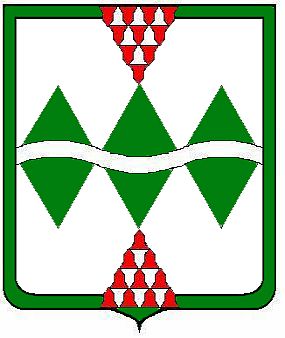 The arms were designed in 1957-8 prior to the Brussels world fair. The arms were not officially granted, but widely used by the province.

The arms symbolise the characteristic landscape of the province with the 3 volcanoes (the central one being Niyaragongo) reflecting in the lake Kivu, the vair of gules and silver representing incandescent smokes in eruption.