From Heraldry of the World
Your site history : Kleve (kreis)
Jump to navigation Jump to search 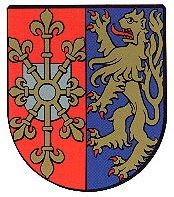 The arms combine the historical arms of the County of Kleve and the Duchy of Geldern. The latter was added after the merger with the Geldern district. 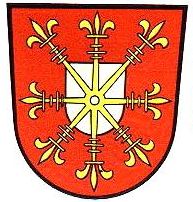 The arms were subsequently used as arms of the county and by all later counts. The arms were first only an white escutcheon, but since 1254 the present arms are known. These arms are used in many other civc arms, both in Germany as in the Netherlands, as the counts of Kleve had many possessions in both countries. The arms can f.e. be seen in the arms of Voerde, Hunxe and Schermbeck in Germany, and Mook en Middelaar, Zevenaar and Oostflakkee in Holland.