From Heraldry of the World
Your site history : Konstanz (kreis)
Jump to navigation Jump to search 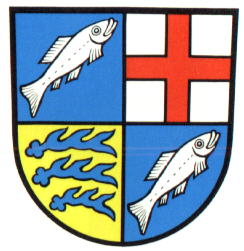 The arms show in the third quarter the deer antlers taken from the arms of the former Stockach district and in the other quarters elements from the old arms of the district. 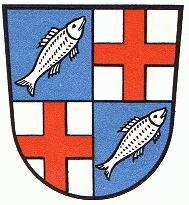 The arms show quartered a fish, as a symbol for the fisheries and the position on the border of Lake Bodensee, and the cross of the monastery of Konstanz.