From Heraldry of the World
Your site history : Lado enclave
Jump to navigation Jump to search 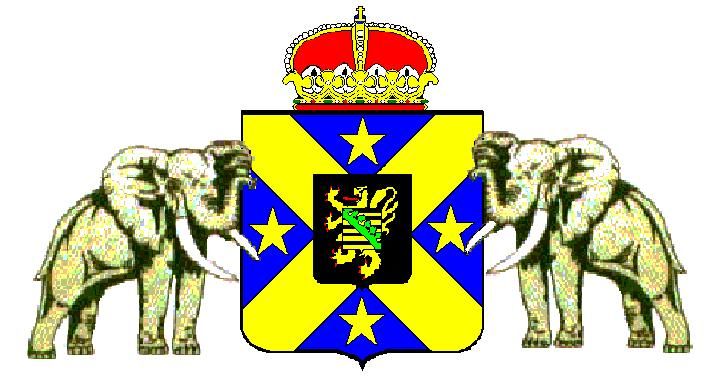 The Lado Enclave was an exclave of the Congo Free State and later of Belgian Congo that existed from 1894 until 1910, situated on the west bank of the Upper Nile in what is now southwest South Sudan and northwest Uganda.

The Belgian Colonel Colmant designe a flag and a coat of arms inspired by the Congolese flag for the enclave.

The coat of arms is the copy of the flag augmented with the personal coat of arms of Leopold II. The blue colour and the yellow stars are directly inspired by the Congolese flag, so reminding the link with the Independent State of Congo. They are combined with St Andrew's cross, or cross of Burgundy, in memory of the Company of Oostende which financed the first Belgian colonial expeditions.

It is to notice that neither this coat of arms, nor the flag, were officially recognized.